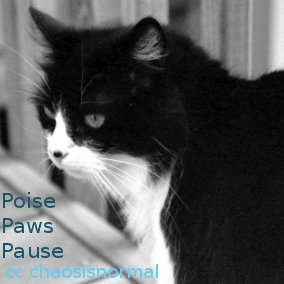 Following Scattermom’s How to Laugh at Yourself series beginning, I thought I would write a post just like that. Next, I thought of the mess that was my last ‘laugh at yourself’ moment; it was also a ‘if I don’t laugh, I will cry’ moment. <punctuation is hard> Luckily, it was followed by a rather cleansing laugh at yourself moment…which was me wishing my dad Happy Birthday on Father’s Day! Oh, it was memorable. Later he called to make plans for our trip and I got to wish him Happy Birthday again! Plans, are hard to make for the technologically and memory challenged.

My laugh at myself moments are becoming overwhelmingly glaring. And, I have been skipping some meditation times. I keep telling myself it is because of the summer schedule, but I’m becoming so aware of how not here I am most of the time. And even when I am here, It is difficult to position myself in a way to respond most appropriately to a situation—–Pause.

My new series will be called Poise, Paws, and Pause. This is a title I came up with while taking my class in Principles and Practices of Mindful Leadership at The Center for Mindful Inquiry. <I think I may sign up for their new class Compassionate Action in Education.>

As a result of this class I installed a Mindfulness Bell on my Android and have it set to go off once an hour. I have noticed that a few times while I was surfing I was very annoyed and turned the bell off. <hyperfocus?!?! Oh, the ADHD paradox> Now, I’ve successfully talked myself into taking a moment to breathe no matter what I am doing.

I was having myself a little pity party. All this TSA theatre is bringing me down.Then I decided to re-read some of my meditation book Coming to Our Senses. I dunno but I think this is what Jon Stewart was trying to say in his interview with Rachel Maddow

We are wont to villify particularly egregious emergences of ignorance as evil. This allows us to assert categorically our own identification with goodness in contradistinction. It is a gross and ultimately unhelpful gloss, even if there are elements of truth in it. Both views, of others as evil and of ourselves as good, may be better characterized as ignorant. For both ignore the fundamental disease, the one that manifests in human beings when we fall prey to unawareness of the preciousness of life, and wantonly or witlessly harm others in seeking pleasure or power for ourselves.

Coming to Our Senses is going to be a book I buy to read again and again.

These vids/ orgs make me HAPPY!!

microscopic art slideshow (#8 is my favorite)

10 ways to be gracious

Opening to You: Zen Inspired Translations of the Psalms, Norman Fischer 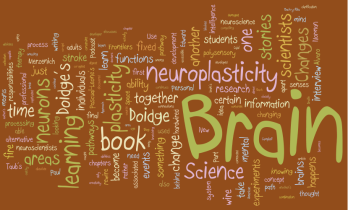 I’ve read and re-read parts of Taking the Leap by Pema Chodron. Seems like every page I open to is a lesson I need engraved upon my inner eyelids. Today I opened and re-read Chapter 8: Discovering Natural Openness. In this chapter she mentions the story of Larry Trap and Michael Weisser, which appeared in Time Magazine circa. 1992. I’m inserting a link here especially for Scattermom, an example of “rocks to dust”. I think we may be going about it the wrong way. 🙂

Curiosity and unknowing (what you think you know) seem to be the rocks, on which, my brand of beginner meditation is built upon. Here’s where I paraphrase….and include <inner dialogue>.

I can drop fixed ideas that limit me by giving my “hooked, triggered, spin cycled’ brain a pause with 3 conscious breaths. <Really? Just 3? Really! Lizard brain/Amygdala doesn’t like all that pausing.> I can acknowledge whatever I am feeling as the dynamic and fluid energy of life without acting. This is my neutral moment. <I can hear my inner hamster wheels squeeeeeking> It can go either way. I can pause and slow down in this moment to choose another way instead of strengthening old responses. I can look at the sky <oooh fluffy clouds!!!> to help remind me of this ever changing energy around me.

I’ve been getting Maximum Meditation Mileage when I force myself to sit still and do ‘nothing’. How is it that doing ‘nothing’ can be so difficult? I am going to need next Saturday’s Day of Mindfulness tune up. This post is brought to you by the following Northern Sun bumper sticker. (It’s not really but I like their wares.)

The last few days have been a little rough. I can’t seem to get myself to sit down to meditate. Skull Kitteh Cycle has reared her head. It seemed to coincide with the full moon. I know my progesterone took a itty bitty dive. Below is a pic/ description of my cycle 🙂 Maybe that is a little bit of an exaggeration but it’s a good description of what happens to me. And why I lost my last two pregnancies. My progesterone levels seem to be a little off. Even ‘normal’ hormonal changes absolutely have an effect on ADHD. 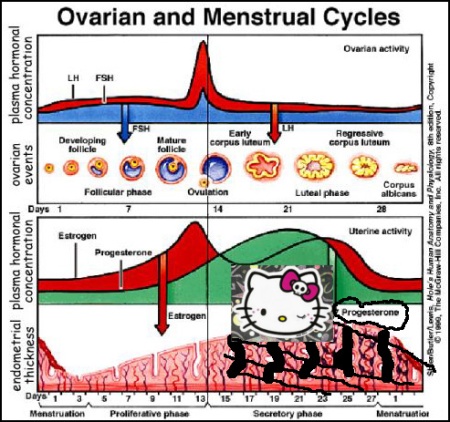 It has been difficult asking for assistance during these times of emotional turbulence. I know it is a way I can care for myself. If I don’t I get cranky and lash out in anger at those around me. Imma sign off now and go get some ‘maximum meditation mileage’. This is where I sit and observe where the skull kitteh cycle takes my mind. Happy Trails!

I’ve written two letters over the past few days that scare the heck out of me. It was good but it induced a little eye twitching. I need to get less serious.

Things are great with TechHuz or Kryten whatever you prefer. It still is a toss up between Kryten or Rimmer for him. I think he likes Kryten (picture <——to the left)better so I will go with that.

Here’s a little bit of background on Red Dwarf (where I stole Kryten) from Wikipedia.

Red Dwarf is primarily a character-driven comedy, with off-the-wall, often scatological science fiction elements used as complementary plot devices. In the early episodes, a recurring source of comedy was the “Odd Couple“-style relationship between the two central characters of the show, who have an intense dislike for each other but are trapped together deep in space. The main characters are Dave Lister, the last known human alive, and Arnold Rimmer, a hologram of Lister’s dead bunkmate. The other regular characters are Cat, a lifeform that evolved from the descendants of Lister’s pregnant pet cat, Frankenstein; Holly, Red Dwarf’s computer; as of Series III, Kryten, a service mechanoid; and, as of Series VII, Kristine Kochanski, an alternative-reality version of Lister’s long-lost love.

…(Lister) He was the lowest-ranking crew member on the ship before the accident and has a long-standing desire to return to Earth and start a farm on Fiji (which is under three feet of water following a volcanic eruption), but is left impossibly far away by the accident that renders him the last surviving member of the human race. He deeply enjoys Indian food, especially chicken vindaloo, which is a recurring theme in the series.

To be fair I am a combination of Lister and Cat. I will go with the cat since I like him better. I like this version of the cat and The Padre is cool:

Cat’s mirror opposite is also encountered in the mirror universe (Series VIII episode “Only the Good…“), a wise professor who finds it ridiculously easy to pronounce profoundly long words, e.g., Caesiumfrankolithicmixialubidiumrixidixidoxidexidroxide. This version of The Cat is more intelligent than both the original Cat and Duane Dibbley. In ‘Ace’ Rimmer’s universe (series IV episode “Dimension Jump) the West Indian priest stationed on the Mimas test flight base bears a striking resemblance to Cat. The Padre smokes a pipe and congratulates Ace Rimmer on helping a sick boy recover. 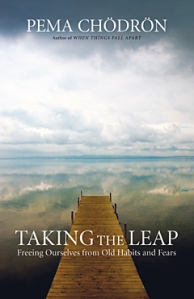 Here’s a mini summary/paraphrasing of what I am trying to apply from the book pictured to the left. I think this will cover only the first two chapters.

Feed the wolf (cat-haha) of patience and courage by slowing down, pausing, and giving yourself and others space. This gives our brain time to utilize our natural intelligence, warmth, and openness which all of us possess. I can insert the questions “why do I want to do this?” and “will I feel better after?” If I am doing something because I believe it will bring me relief from suffering, well this may be an illusion.

I find it interesting that I can be like Lister and Cat as well as have a chunk of The Church Lady. Oh, the awareness I am cultivating! So, to conclude I’ll be starting with The Church of Trope and making my own sci-fi religion that involves pipe smoking ferrets.